We aim at building strategic partnerships with our customers and long-term relationship with our employees.

WE ACHIEVE THIS BY

Incap is committed to quality, excellence and performance. We work towards exceeding customer expectations at every stage. We consider process control as the key to achieve high product reliability.

Our quality model includes Data Collection, Pareto Analysis and Fish Bone Analysis – all followed by the implementation of the corrective and preventive actions.

We initiate and drive continuous improvement across the organization through Kaizen and Small Group Activity Method in order to maximize the yield and productivity. In addition, we drive the supplier development through supplier audits and supplier corrective action request (SCAR). 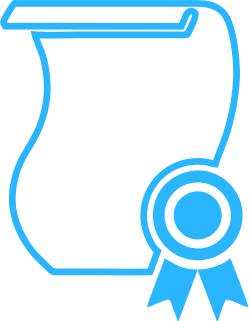 Whistleblowing provides an opportunity to report suspicions of misconduct; anything that is not in line with our values and policies. Our whistleblowing service is an early warning system to reduce risks. It is an important tool to foster high ethical standards and maintaining customer and public confidence in us.
Report your concern here!

The roots of Incap go back in history all the way to 1985, when the company was registered into a trade register with the name Teknoinvest. The company named “Incap” was born in 1992 through the merger of three development companies operating in various industries. The company was then developed further to a contract manufacturer of electronics and furniture, which was listed on the Helsinki Exchanges in 1997.

In 2000, a subsidiary Incap Electronics Estonia OÜ was established in Kuressaare, Estonia, continuing the operations of an electronics factory acquired from Altron OÜ.

Incap established a sales office in 2006 in Delhi, India and the following year the company already had a subsidiary Incap Contract Manufacturing Pvt. Ltd. in Bangalore. Soon after this Incap acquired the contract manufacturing unit of TVS Electronics Ltd. located in Tumkur and the operations were transferred over to Incap as from 1 June 2007.

In 2011, Incap established its own sourcing office in Hong Kong, close to leading material and component sources.

During the years Incap has streamlined its operations, and the production in Finland was divested or transferred to Incap’s factories in Estonia and India. Accordingly, the company has its strategic focus solely on electronic manufacturing services.

In 2020, Incap acquired 100% ownership of AWS Electronics Group, an electronic manufacturing services (EMS) provider specialised in high complexity services with production facilities in the UK and Slovakia. Through this acquisition, Incap widened its portfolio into the UK and Central Europe and strengthened its position in geographical areas such as the USA and South-East Asia.

The company named “Incap” was born

Incap listed on the Helsinki Exchanges

Incap established its own purchasing office in Hong Kong

The future growth of Incap builds on the entrepreneurial, agile and customer driven culture of our employees, our flexible operational model as well our deeply engrained cost management mindset. We want to drive consolidation in the industry to benefit from the industry growth potential and to maintain our cost efficiency and long-term profitability in a sustainable way. To continue our strong track record we focus on three key strategic cornerstones: 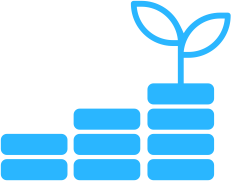 Our growth is driven by the growing use of electronics and global trends in outsourcing. We will continue to focus on the European as well as the North American and Asia-Pacific markets where we will be agile and capitalise on cross-selling opportunities and broadening of the service offering. We will seek to grow also through M&A activities targeting businesses with good operational and cultural fit. 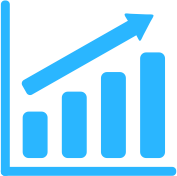 Maintaining our unique and efficient business model is a key element of our strategy and helps us reach our profitability targets. With strong cost awareness and entrepreneurial culture we will create value add and broaden our service offering to our customers. To support our profitability, we will harvest potential synergies and economies of scale from M&A activities. 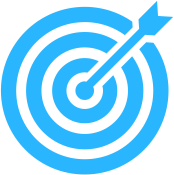 Our investments in operational excellence include high quality technology and the know-how of our people. We will continue to work in a decentralised way that motivates our personnel and brings value to our customers. On our growth path, it will be important to successfully integrate acquired businesses while maintaining an operational and cultural fit.
Go to Top
This website uses cookies and asks your personal data to enhance your browsing experience. By clicking “Accept All”, you consent to the use of ALL the cookies. However, you may visit "Cookie Settings" to provide a controlled consent.
Cookie SettingsAccept All
Manage consent

This website uses cookies to improve your experience while you navigate through the website. Out of these, the cookies that are categorized as necessary are stored on your browser as they are essential for the working of basic functionalities of the website. We also use third-party cookies that help us analyze and understand how you use this website. These cookies will be stored in your browser only with your consent. You also have the option to opt-out of these cookies. But opting out of some of these cookies may affect your browsing experience.
Necessary Always Enabled
Necessary cookies are absolutely essential for the website to function properly. These cookies ensure basic functionalities and security features of the website, anonymously.
Functional
Functional cookies help to perform certain functionalities like sharing the content of the website on social media platforms, collect feedbacks, and other third-party features.
Performance
Performance cookies are used to understand and analyze the key performance indexes of the website which helps in delivering a better user experience for the visitors.
Analytics
Analytical cookies are used to understand how visitors interact with the website. These cookies help provide information on metrics the number of visitors, bounce rate, traffic source, etc.
Advertisement
Advertisement cookies are used to provide visitors with relevant ads and marketing campaigns. These cookies track visitors across websites and collect information to provide customized ads.
Others
Other uncategorized cookies are those that are being analyzed and have not been classified into a category as yet.
SAVE & ACCEPT